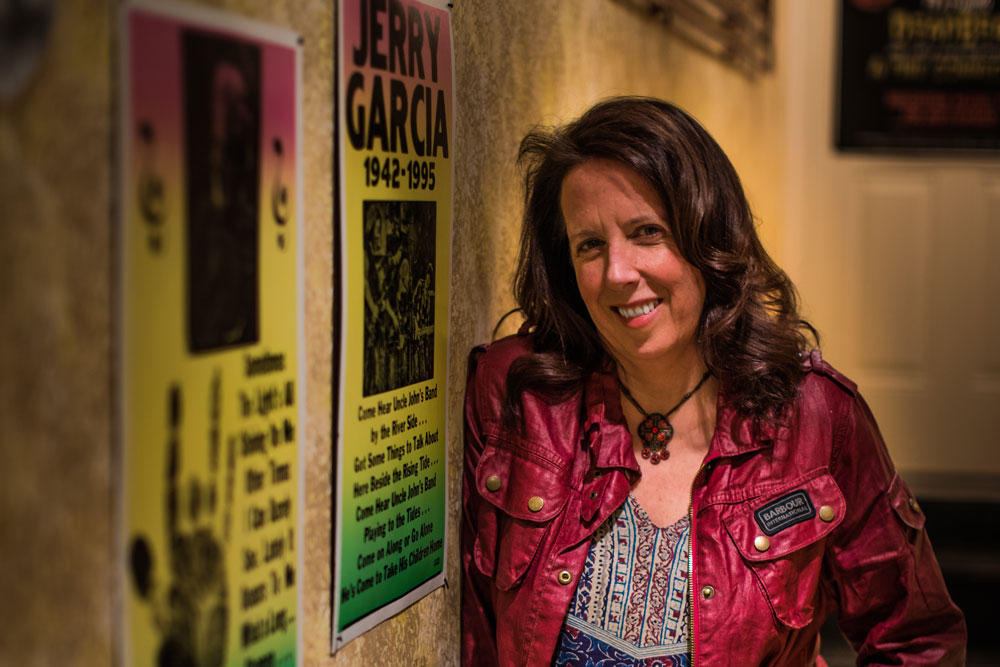 Jennifer Markard is a well known native New York Metro area musician. Working professionally for the last 26 years, both live and in session, her vocals are one of her strongest assets. She has recorded many songs and is widely recognized by her work as a founding member of The Zen Tricksters , one of the most successful jam bands ever.

Jennifer ( “Jenna” for short) relocated to The Northeast where she lives in her music/art loft and continues her daily love of visual creativity and song composition. Dabbling on guitar, keys, harmonica, and computer she feeds her “never ending student of music curiosities”. Often praised for her prolific lyric writing and unique melodies she travels frequently to record with friends all over the United States. She is a recent addition to Boston Deadbeat.

Singing parts on the extended Jerry songs, made well known via JGB , is something I have been doing for 32 years now having been a primary member in DSO’s ,Zen Trickster’s Jeff Mattson in his Band in NY . Its always a thrill to revisit these long-lasting popular songs. And even better -to be doing it with these local guys.”