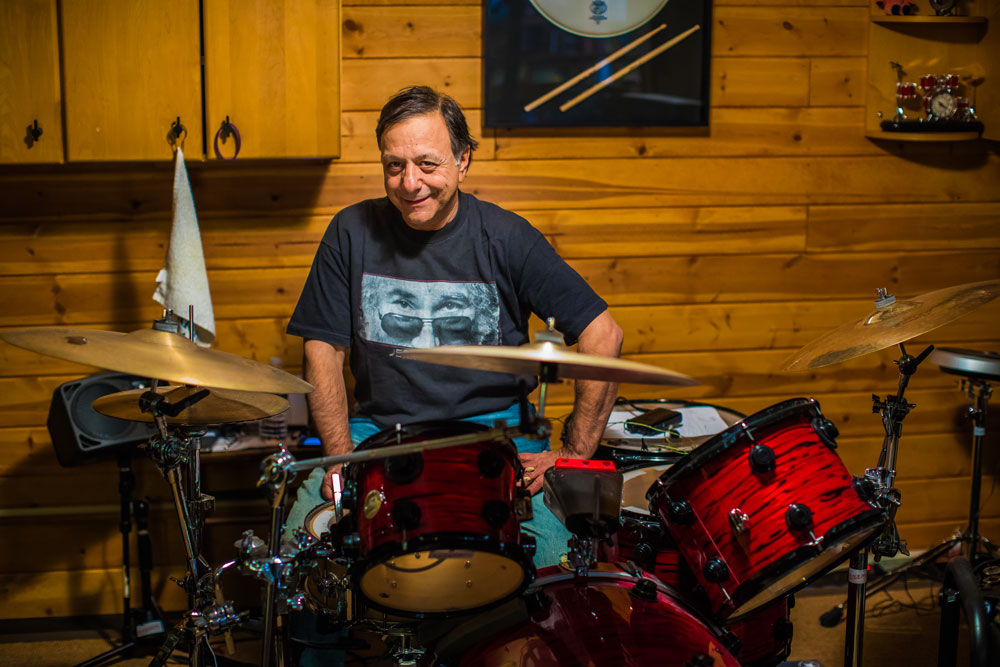 Joe was inspired to play drums in grade school after seeing the Beatles perform on the Ed Sullivan show. He played in several bands over the years such as the Ninth Wave, Manic Depression and the Golden Haze.

He discovered the Grateful Dead in 1972 when he saw a poster of Jimi Hendrix, at party in a old Cambridge squatter’s house, on which someone had written “I wish I could play like Jerry Garcia”. Joe asked “who is Jerry Garcia?”, The folks at the party hipped him to the Dead and it stuck like glue.

Joe’s musical interests followed the Rock Music of the ’60s and early ’70s with a particular interest in jam bands like the Grateful Dead and Allman Bros and psychedelic acts like Pink Floyd.

The Jerry Garcia Band catalog brings to me a diversity in music I love to play. In one set we can be playing Dylan, Beatles, Motown, Gospel, and Ballads. The JGB interpretation of this music excites me the most and playing with these musicians is a dream come true.”